The local Goodwill happens to be great for a few things, and terrible for others. The furniture selection is almost entirely cheap crap, but the book selection has its share of gems. One other area where it shines is in pottery. And entirely on accident, I've got a little bit of a midcentury California pottery collection going on here. 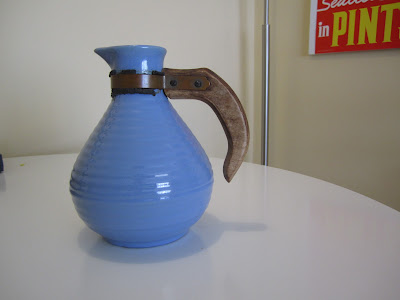 It all started with this guy. I took one look at the handle and thought "that's old, that's interesting, I must buy it." And at $3, I would've been a fool not to. Hello, Bauer of Los Angeles pitcher circa 1930s, nice to meet you. 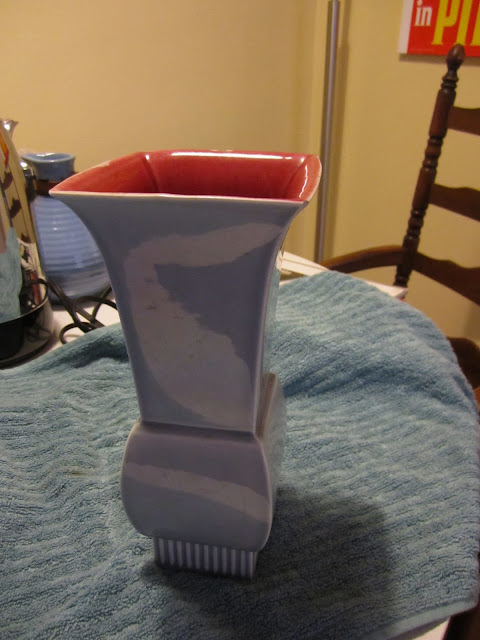 And then this guy showed up on a cart in that same goodwill. While the other patrons swarmed the shoes and bric a brac, none of them picked this guy up. I'm glad they didn't. Hello Roselane of Pasadena vase. I'm taking you home with me today.

This isn't something I set out to start collecting, but I'm going to start making more of an effort to buy them, now that I know what they are. It's a real connection to the history of where I'm living now, and that's kind of special.

Who else has accidentally started a collection?
Posted by Nick Klaus at 4:28 PM 8 comments:

Wallpaper I can learn to love

I'm beginning to appreciate pattern. It's a slow process. When I dress myself, I can mix and match. And I have a lot of respect for those who can pull off really daring combinations in their attire. But I was always hesitant when putting it in my apartment. I have two accent pillows... that's it. And half the time they were hiding in my trunk because the futon was in bed mode.

The other reason was because introducing pattern on a big scale would require me getting special permission from the landlord to paint or put up wallpaper. Until now...

The company is Murals Your Way, the product is wallpaper that you can re-position (and remove!) without damaging the wall beneath. The landlord doesn't even have to know about it. It's like the Keyser Soze of wallpaper. 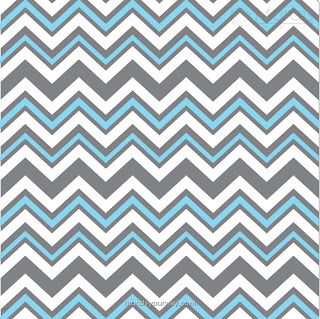 Hey, they do chevrons! Everyone loves a chevron. My favorite part is that they called this pattern "ziggy"
I was also taken in by the funky lines of Scribbles. Scrawl on, wallpaper. 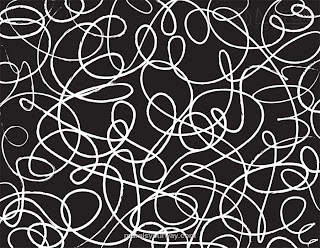 I drifted towards the more vintage-y patterns like these. 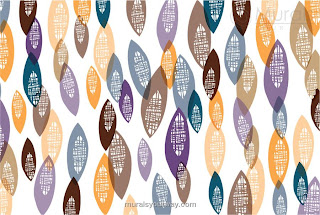 Cutouton, in yellow. It looks a little like fish, in a super-minimal Charley Harper kind of way. 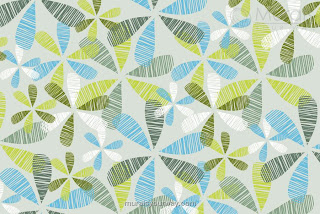 It's called Scratch Leaves, but in my mind it's flowers! On grey! I love grey!


They're a teensy bit on the expensive side, but so is normal wallpaper, I guess. Is wallpaper usually a kind of expensive option? What other renovations should I do without asking the landlord first?

I sell things for money here.

Okay, self-promotion over. Moving on to friend promotion.

While not strictly interior design-y, two of my roommates freshman year started a business a couple years ago, making ties and pocket squares. 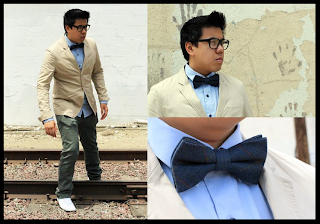 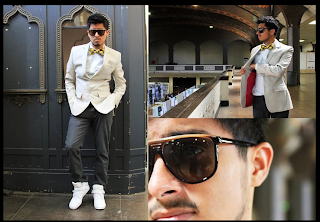 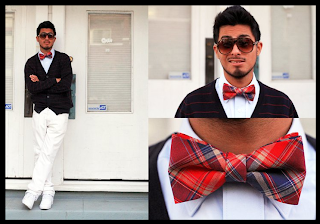 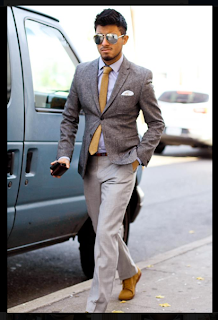 They were interviewed by the website Individualism here. I can verify that the no-training marathon actually happened. They also did it after having stayed up the whole day so they were not well-rested when they began. The whole experience took 8 hours, including a 30 minute break where they talked with a homeless man about life.

The prize at stake was a dime. Which might not have been paid in the end.

But you can help them make up that lost dime by buying from them via their online store. I believe these ties will also fit most medium-to-large dogs, the heads of small children, and adult penguins.

Images (c) Rodolfo Ramirez, lovingly stolen because we totally lived together for a year and I go to his house like all the freaking time.
Posted by Nick Klaus at 9:09 PM No comments:

Lets talk about letters. Fonts. X-heights (that's a thing, right?)I like old-school text. Text like this:
That's why I've been drooling over this lovely site: Vernacular Typography. From a time when people would choose bold and daring and funky typefaces for their businesses.

Put that record back on!

I know nothing about LPs. But I've gone out and bought a bunch of them for one reason and one reason only:
They're so pretty.

I can appreciate that being able to listen to the music actually does matter, and I'm trying to buy records that aren't totally beat up. And as it turns out, people who buy classical albums are pretty gentle with them. 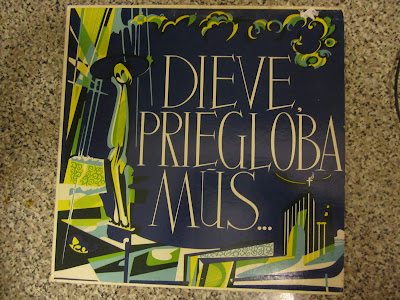 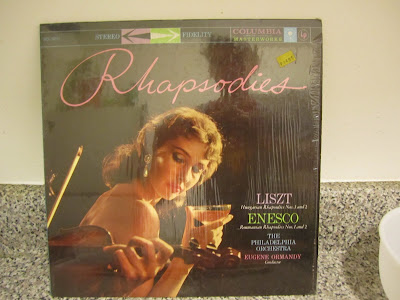 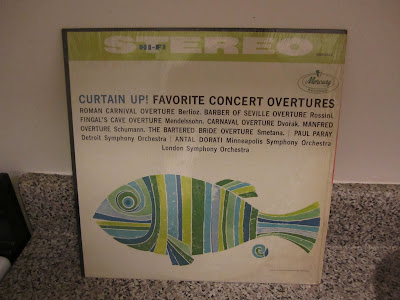 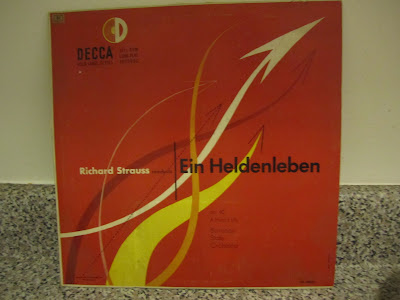 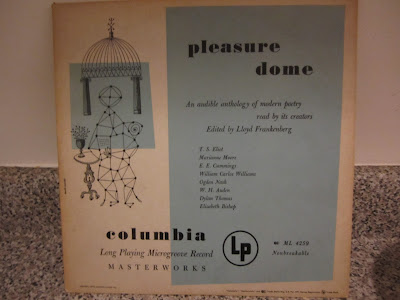 Bad art bad art, what you gonna do?

This art print is in time out. He's been very naughty. 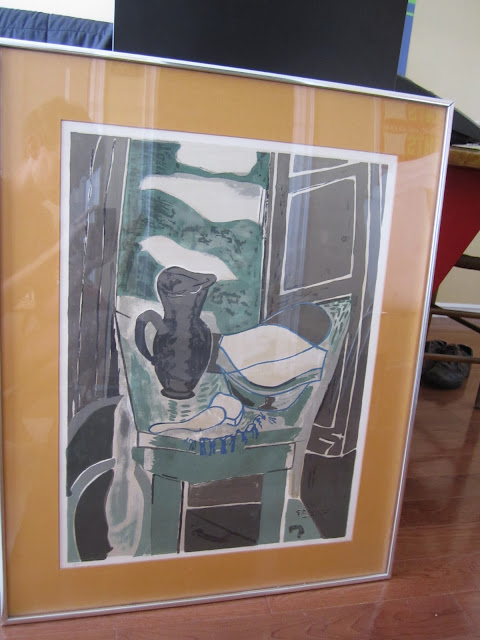 He used to be in the bar area, leaning up against my fridge. If anyone can see the problem of having a large and heavy unsecured thing sit above a bunch of glass, come forth and collect your prize, because you're clearly a lot smarter than me.

I was retrieving something from the fridge, and I knocked it over. There was that OHNO moment. Then there was the breaking glass sound. Full-on panic.
I was afraid I'd gone and broken any number of things on that "bar" area. Maybe even all of the things. So I guess I'm really lucky that I only lost one of these glasses. 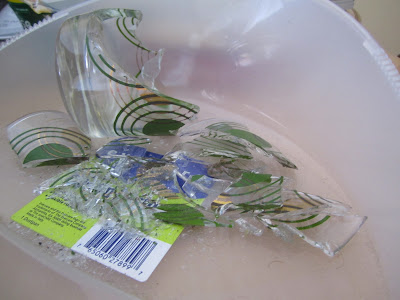 TGIF, readers: has anything in your house misbehaved recently?
Posted by Nick Klaus at 4:14 PM No comments:

What is this thing??!

I'm learning about antiques by trolling the goodwills in the area and looking up stuff on the internet with my phone. It's easy if there are words or marks on it. Ebay, alibris and amazon.com have been useful in my hunts. And every once in a while, I have to go to google images with a series of nouns and adjectives. 'retro glass black gold sunburst' etc.

Every once in a while I get stumped. Things that I cannot find any information on. Like, I understand that if I can't find a certain pattern of glasses on the internet, that they're still drinking glasses so price them appropriately.

But what I am about to show you, I have no information on. It's swans on a black metal base with that protective velvety fabric on the bottom. It's about six and a quarter inches tall, nine inches long and 4 inches wide, and it's HEAVY - maybe around 10 pounds. It's also got screws on the top, so I'm thinking there's a top part to it, but I don't know what that part looks like.

Who else wants to join in my mystery hunt? 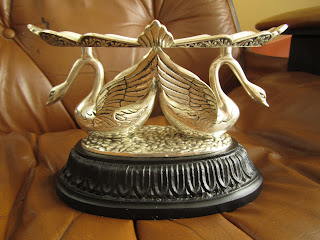 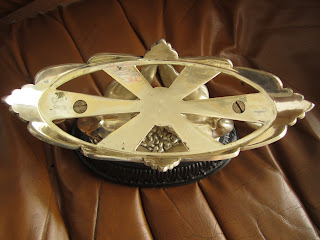 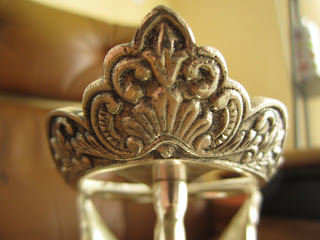 Posted by Nick Klaus at 7:56 PM No comments: 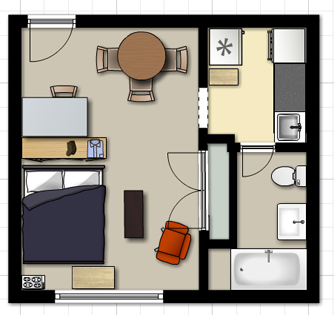 It's easier than it looks